MDMA represents the chiral chemical compound 3,4-methylenedioxy-N-methylamphetamine. It belongs structurally to the group of amphetamines and is especially known as a partydrug (ecstasy)… (wikipedia).

However,  on april, 29th, I found the right chemistry and climbed with “MDMA” an other dream line at one of the world bests sportsclimbing cracks: Villanueva del Rosario! 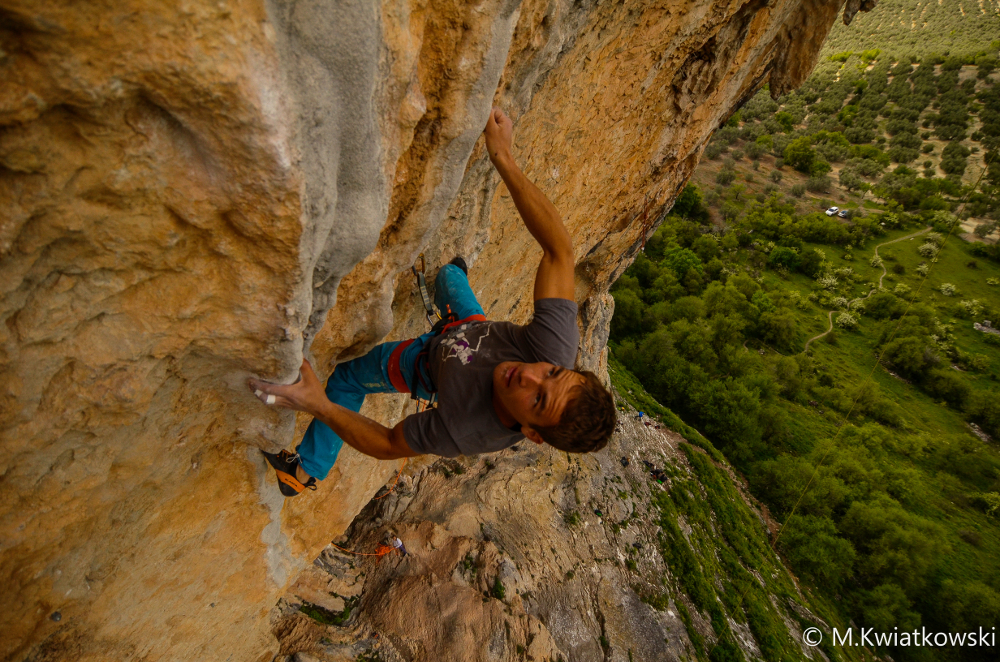 After doing La Rubia, I was first trying Planta the Shiva, but due to an injury I couldn´t continue trying it. Due to the pain-mitigaiting effect of MDMA I decided to change project: A lot of MDMA was needed to tolerate the burning forearms: 25 hard moves without any possibility to rest finishing with a hard boulder problem. Anyway, step by step detoxification from MDMA is going on; as withdrawal symptoms only the ongoing fascination for new projects is left!