Nina Gmiter and Marvin Winkler just returned from a successful summer trip. They were climbing in different areas in France – Céüse, La Balme and Saint Léger. This time, not focussing on a single hard project, they were trying to send as many eight-graded routes as possible.

Nina basically crushed all routes she layed her hands on! In total she did an amazing amount of 16 eight-graded routes! One of the highlights surely was flashing “Encéphalogramme plat” 8a in La Baleine sector of Saint Léger. Untill now, this is her first 8a flash as well as her second hardest route she flashed.
Marvin was doing 12 eight-graded routes and onsighting routes up to 8a such as the named “Encéphalogramme plat” 8a in La Baleine. 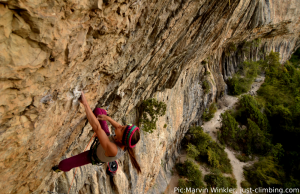 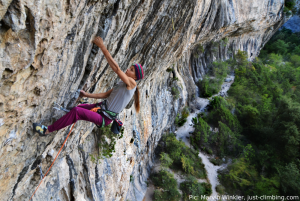 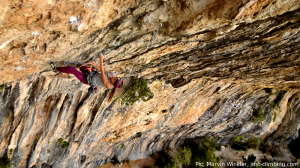 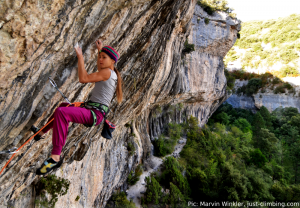